The GBP/USD pair initially rallied during the day on Thursday but found enough exhaustion above the 1.48 level to turn and form a nice-looking shooting star. This is a currency pair that will be very sensitive to whatever announcement we get coming out of the United Kingdom as far as the EU referendum is concerned today, so keep that in mind. A vote to stay within the European Union will be positive for the British pound, while a vote to leave will be negative. At this point in time, and looks as if it’s as simple as that. 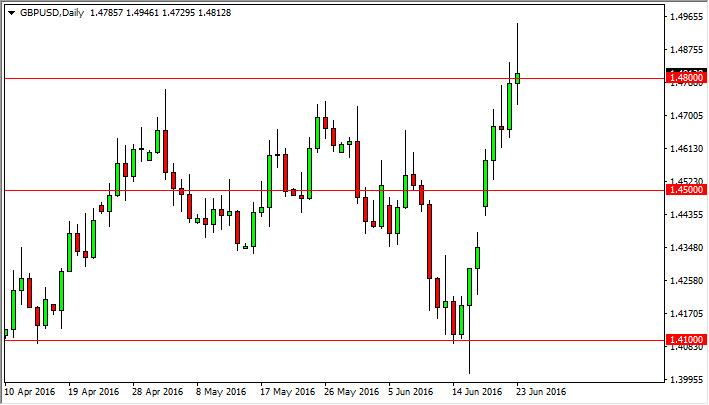