The EUR/USD pair initially tried to rally during the day on Monday as we gapped at the open, but at the end of the day we did up turning right back around and filling that gap. At this point in time, you have to think that there is a slight advantage for the Euro because it’s not uncommon to fill the gap and then bounce again. However, this is mainly in reaction to the most recent polls coming out of the United Kingdom. Ultimately, this is a pair that will remain volatile so it is going to be difficult to trade but I believe that we bounce around between the 1.12 and the 1.14 levels in the meantime. 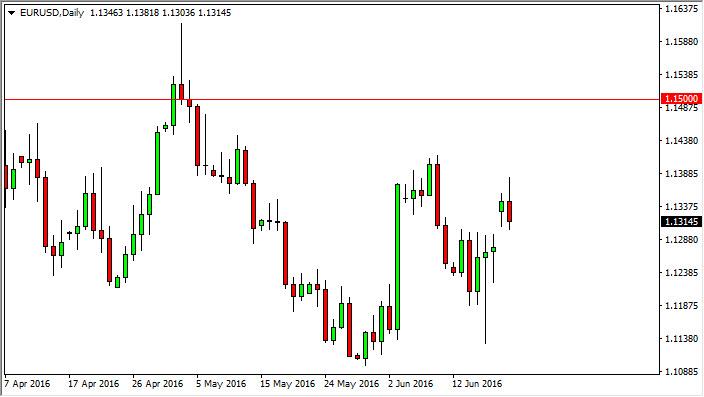