The USD/CAD pair initially rose during the session on Monday, only to be turned back around at the 0.99 area. This market looks like its dead set on falling, and as such we are ready to begin selling just below the 0.98 handle. This will be predicated on a deal being struck in DC involving the so-called “fiscal cliff”, and a reasonable outcome there. Because of this, the pair could be somewhat headline driven, but it does look like the market is certainly leaning in one direction here. On a move below 0.98, we are willing to start selling, and have no plans to buy this pair right now as it looks far too resistive above. 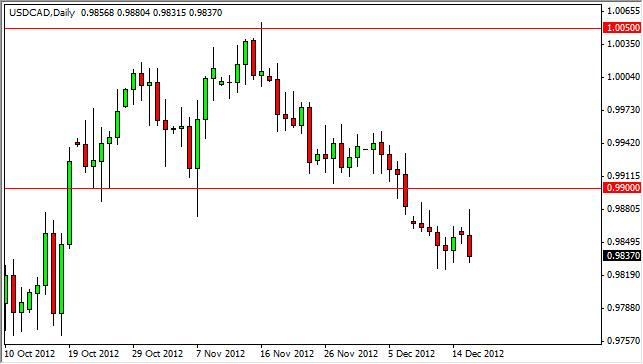