We recently wrote an article explaining why Mr Jeff Bezos had nothing to worry about after being down $45B in October’s market sell off and also stated the obvious fact that trend in Amazon (AMZN) is up and pull backs are a buying opportunity. AMZN reached our blue box area starting from $1477 at the end of October and buyers were waiting there as expected. We keep mentioning that once a blue box is reached, two things can happen, either the trend will resume or there will be a minimum 3 waves reaction from the blue box to allow the longs to eliminate risk on the trade by trailing stops or booking partial profits and then trailing stops. Amazon bounce quickly reached 50% Fibonacci retracement of the decline from 9/4/2018 peak which was good enough for the longs from $1477 to get risk free. However, sellers have managed to push price below 10/30/2018 low which creates an incomplete 5 swings sequence down from 9/4/2018 peak. Let’s take a look at the chart below 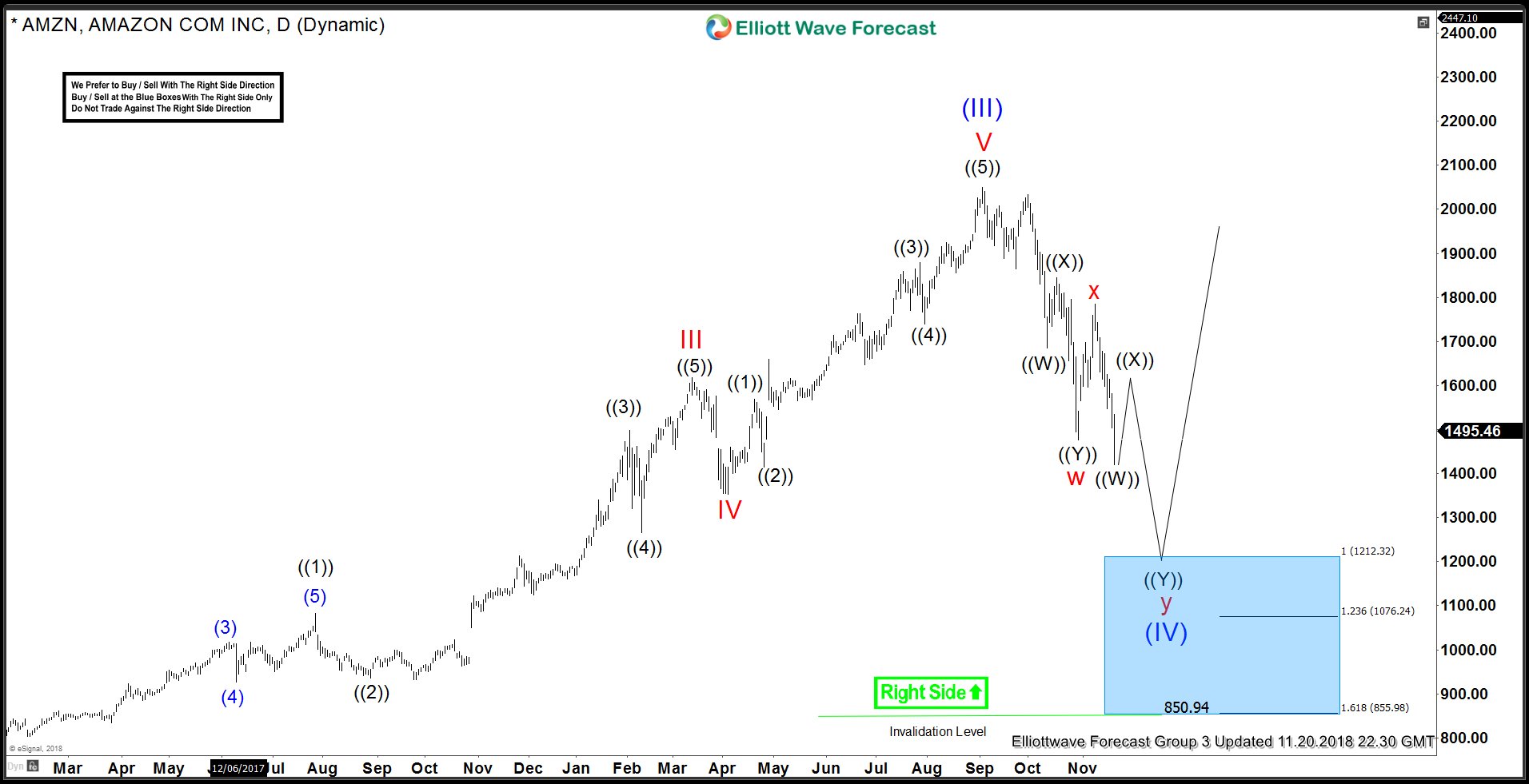