NZDUSD short-term Elliott Wave view suggests that the bounce to 0.7060 high ended intermediate wave (4). Down from there, the decline is unfolding as Impulse Elliott Wave structure where sub-division of Minute wave ((i)), ((iii)) & ((v)) are unfolding in 5 waves within a lesser degree cycle. On the other hand, the corrective Minute degree wave ((ii)) & ((iv)) should unfold in any 3 wave corrective sequence, such as zigzag, double three, flats. 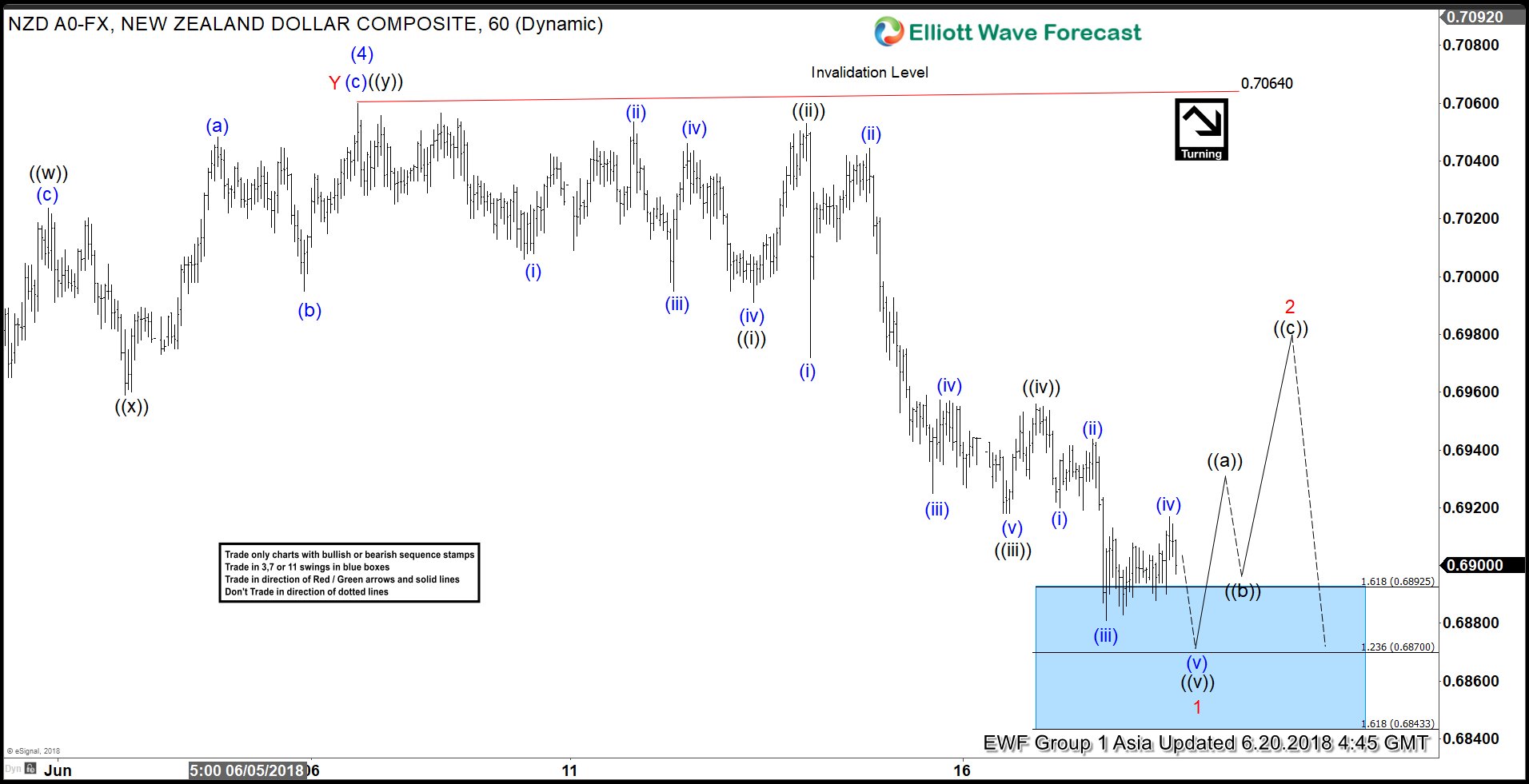