Short-term Elliott Wave view in FTSE suggest that the decline to 3/26/2018 low 6866.94 ended intermediate wave (B). Above from there, Intermediate wave (C) of ((B)) remains in progress with a strong rally to the upside unfolding as Impulse Elliott Wave structure. The internal distribution of each wave within the rally is unfolding as 5 waves pattern with extension in third wave, thus confirming the impulsive sequence.

Minor wave 4 of (C) pullback appears complete at 7334.64 low and the Index has started Minor wave 5 of (C) looking to extend 1 more leg higher towards 7499.48 – 7575.68 area approximately before ending primary wave ((B)). Afterwards, the index should start the next leg lower or at least do a 3 waves reaction lower as per Elliott wave hedging. We don’t like buying it. 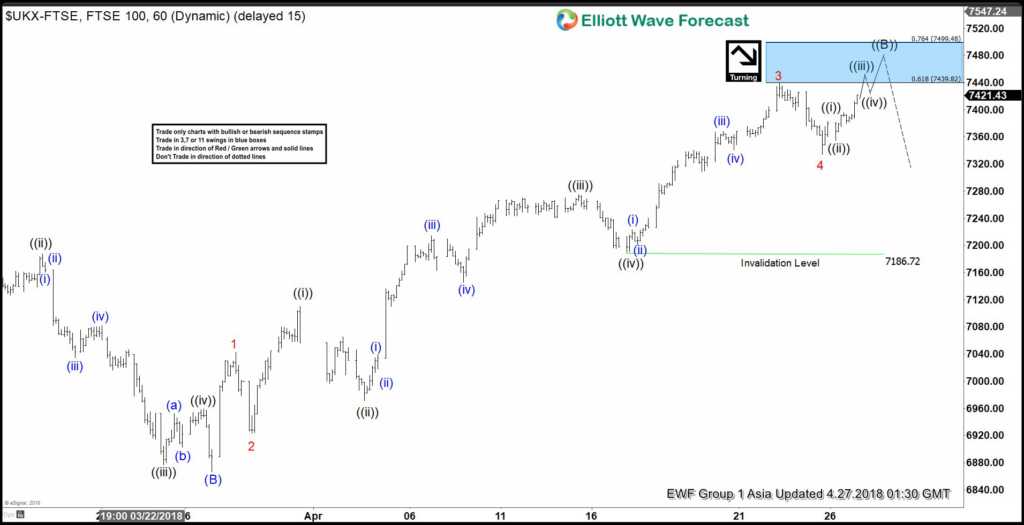