Sterling fell versus the dollar earlier this week as Brexit talk between the UK and EU falter at the last minute. British Prime Minister Theresa May is on the race to break the deadlock on the issue of Irish border. Irish border is one of the three key issues required to be settled before the U.K can move on to the next stage of Brexit talk. The next phase of talk involves trade negotiation at the crucial EU summit on December 14.

Early on Monday, Ms. May met with EU leaders Jean Claude Juncker and Donald Tusk in Brussels to settle the terms of Brexit with the EU. The UK is reportedly prepared to accept that Northern Ireland may remain in the EU’s custom union and single market. However, the potential agreement fell through at the last minute due to the intervention from Northern Ireland’s Democratic Unionist Party (DUP). The Unionist party currently provides the Tories with a working majority in the Commons. The DUP leader Arlene Foster has indicated that she could not accept any Brexit deal that separates the Northern Ireland from the rest of the UK. 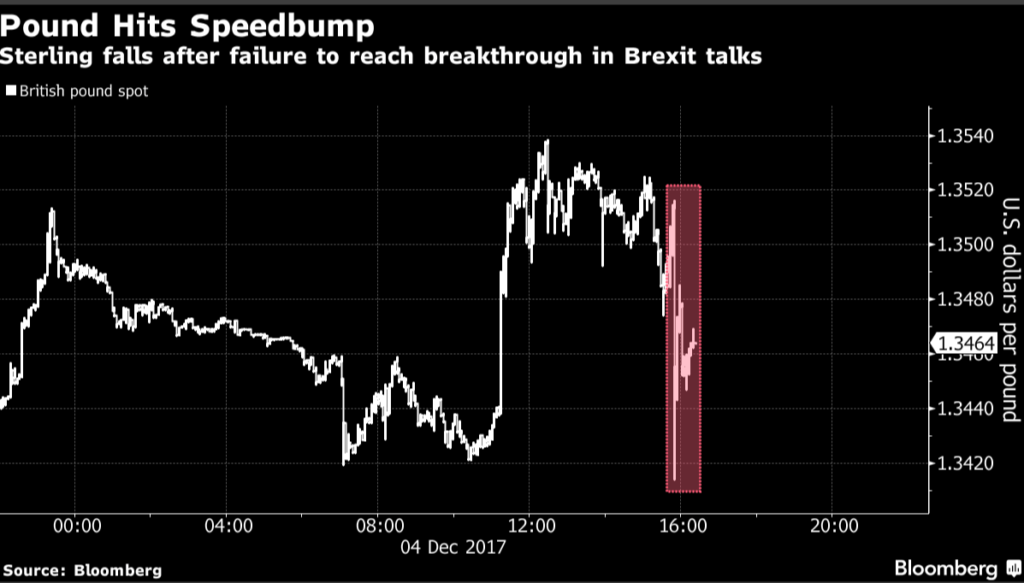 The EU says it will only recommend the start of talks about future trade arrangements when sufficient progress has been reached on three key issues: Status of expat citizens, the “divorce” bill, and the Northern Ireland border. On the “divorce bill”, the UK has increased its offer up to 50 billion Euros.  On the issue of EU citizens in Britain, the UK agrees that they don’t need to pay to apply for settled status if they already have permanent residence. However, those who apply for the first time for the right to stay will need to pay some fees.

The Sterling will remain volatile ahead of the upcoming EU leaders summit on December 14. However, a “no deal exit” would mean substantial wealth losses in both the UK and EU. It’s therefore in everyone’s best interest to seek progress. Interestingly, despite the lingering uncertainties around the U.K’s exit from the EU, Sterling is still very resilient and ranks the top three best performing currency among G-10 peers this year 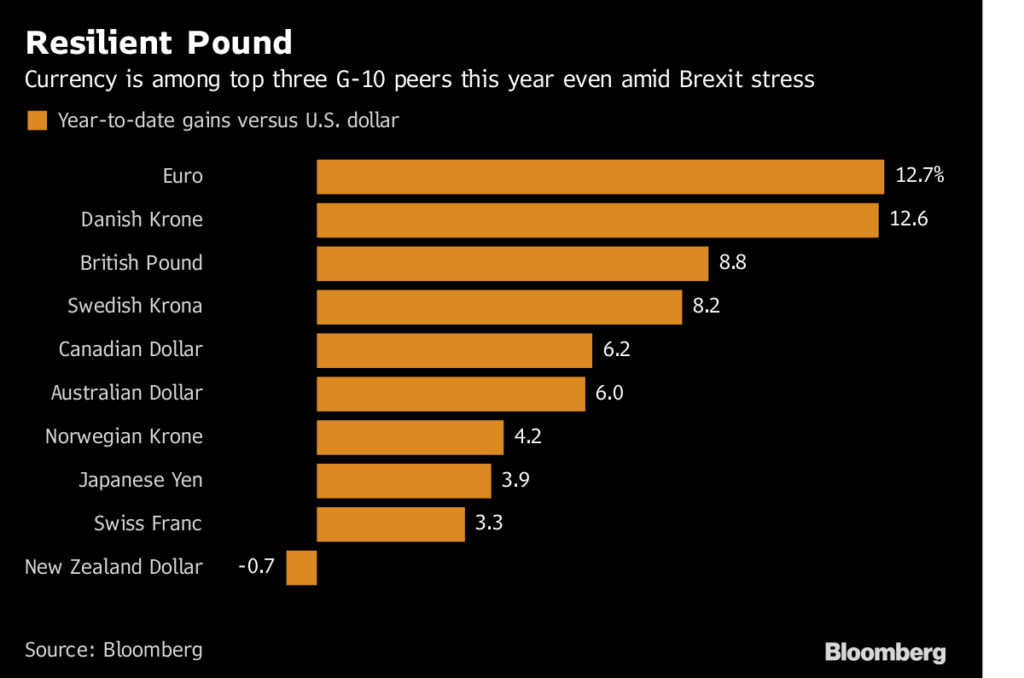 Technical positioning of two Sterling pairs confirm that the markets are becoming less sensitive to the ups and downs of the Brexit process. With some more breakthrough on the negotiation, Sterling could see more recovery in 2018, especially if the talks progress sufficiently to open up negotiations on trade.

We will take a look at two Sterling Crosses below: GBPAUD and GBPJPY 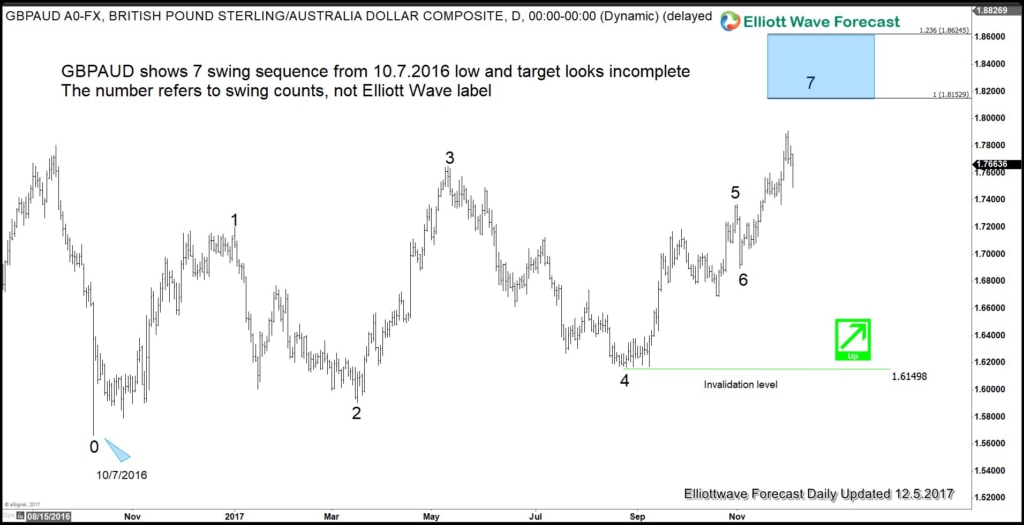 GBPAUD Daily chart shows a 7 swing bullish sequence from 10.7.2016 low and it appears the pair still could extend higher to 1.815 – 1.862 area, provided that pivot at 8/25 low (1.615) stays intact. Please note that these numbers refer to swing counts and do not denote Elliott Wave labels, such as impulsive 5 waves. 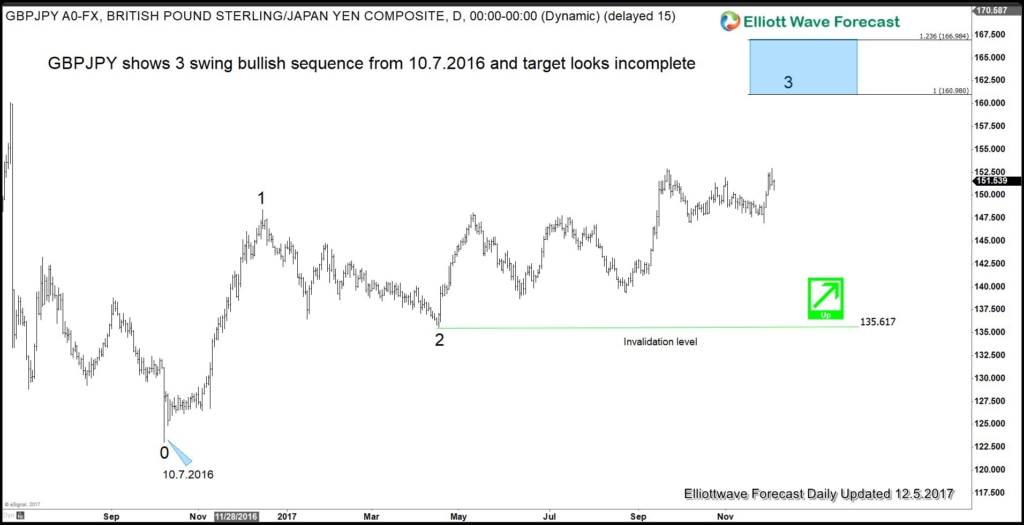