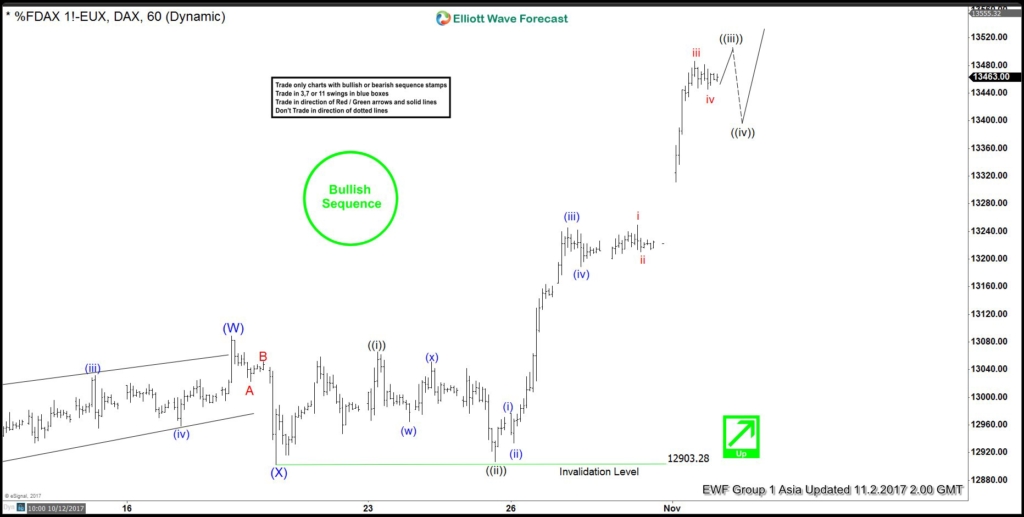 Double three ( 7 swings) is one of the most important patterns in Elliott wave’s new theory. It is also one of the most common patterns in the market these days. Double three is also called a 7-swing structure. It is a very reliable pattern and it gives traders a good opportunity to trade with a well-defined level of risk and target areas. The image below shows what Elliott Wave Double Three looks like. It has labels (W), (X), (Y) and an internal structure of 3-3-3. This means that all 3 legs has corrective sequences. Each (W) and (Y) is formed by 3 wave oscillations and has a structure of A, B, C or W, X, Y of smaller degrees.