Will the bullish movement continue? 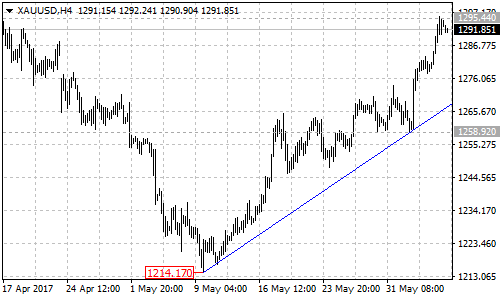 Key support for the short term uptrend from 1214.17 is located at the ascending trend line on its 4-hour chart, only a clear break below the trend line support will indicate that the uptrend is complete, then another fall to test the support of the rising trend line on the daily chart could be seen.