AUDUSD remains in downtrend from 0.7740, the rise from 0.7542 is likely consolidation of the downtrend. Further decline could be expected after the consolidation and next target would be at 0.7400 area. Resistance is at 0.7620, only break above this level will indicate that the downtrend had completed at 0.7542 already, then further rally to 0.7650 area could be seen. 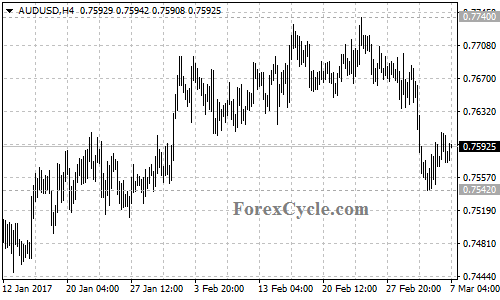