USDJPY failed to breakout of the top trend line of the price channel on the 4-hour chart, suggesting that the pair remains in the downtrend from 113.75 (Dec 12, 2017 low). As long as the channel resistance holds, the bounce from 105.54 could be treated consolidation for the downtrend. Further decline could be expected after the consolidation and next target would be at 103.00 area. Key resistance is at 107.90, only break above this level could signal completion of the downtrend. 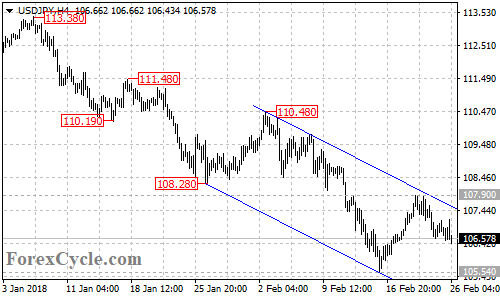