AUDUSD broke below 0.7956 support, confirming that the upside movement from 0.7501 had completed at 0.8135 already. Further decline could be expected after a minor consolidation and next target would be at 0.7800 area. Near term resistance is at 0.7970. A break of this level would suggest that corrective consolidation for the downtrend is underway, then further rally to 0.8020 area could be seen. 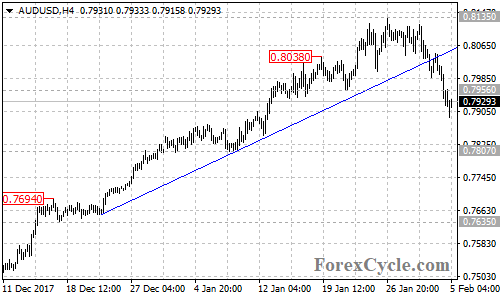