After consolidation, USDJPY broke below 105.54 previous low support, and continued its downward movement from 123.75. Further decline could be expected over the next several weeks, and next target would be at 100.00 area. Key resistance is at 111.88, only break above this level could signal completion of the downtrend. 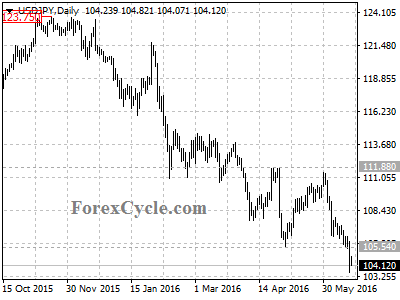