USDJPY broke above the bearish trend line on the daily chart. Further rally to test 107.90 key resistance could be expected next week. A breakout of this level would indicate that the downside movement from 113.75 had completed at 105.24 already, then further rise towards 109.00 could be seen. On the downside, as long as 107.90 resistance holds, the rise from 105.24 could be treated as consolidation for the downtrend and another fall towards 102.00 is still possible after the consolidation. 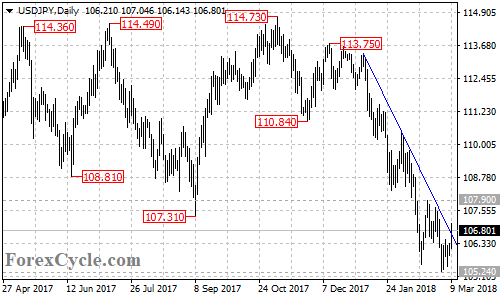