USDJPY stays in a falling price channel on the daily chart and remains in the downtrend from 113.75. As long as the channel resistance holds, the bounce from 108.28 could be treated as consolidation of the downtrend. Further decline to test 107.31 support could be expected after the consolidation, and a breakdown below this level would aim 105.00 area. On the upside, a clear break above the top trend line of the channel will indicate that the downside movement from 113.75 had completed at 108.28 already, then another rise towards 115.50 resistance could be seen. 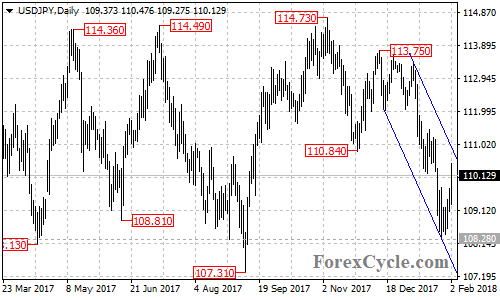