The EUR/USD pair initially tried to rally during the day on Tuesday but turn right back around to form a very negative candle. We broke down through the gap that formed during the Monday session, and as a result it looks like the sellers are starting to take complete control. This makes a lot of sense though, because we have the EU referendum vote in the United Kingdom today, and of course it’s just going to be savored on the US dollar in general. The very negative candle of course is a sign that the sellers are starting to take control. 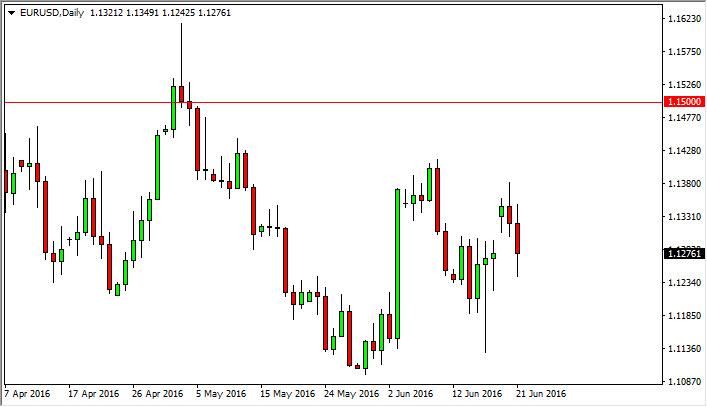