The GBP/USD pair went back and forth during the course of the day on Monday, but ended up forming a shooting star more than anything else. With this being the case, it looks as if we could break down a bit from here, but at this point in time it’s going to be very difficult to trade the British pound against the US dollar as we have concerns about the vote in the United Kingdom as far as whether or not they are going to stay in the European Union. On the other hand, we also have concerns about whether or not the Federal Reserve can raise interest rates as quickly as we had previously seen. However, there so much in the way of uncertainty as far as all of this is concerned that I have no interest whatsoever in trading. 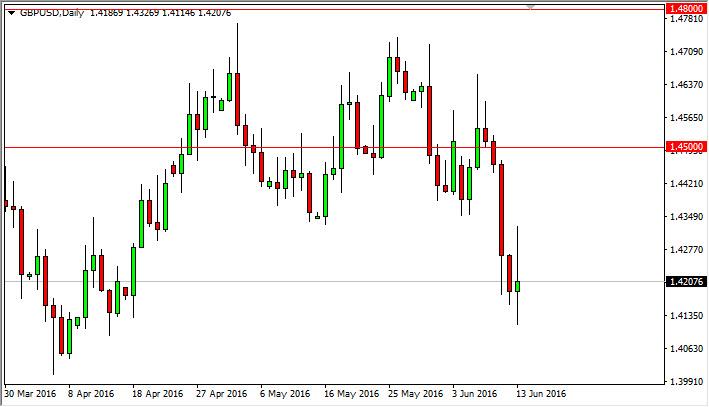