The GBP/USD pair initially tried to rally during the day on Wednesday but turn right back around to form a shooting star. The shooting star as you can see sits just above the 1.45 level, so I believe that we can break down below that area of the market could go a bit lower. The 1.4350 level would be targeted next, and then the 1.41 handle after that. Rally should continue to be sold at this point in time, as the British pound continues to be influenced by headlines coming out of the UK involving the referendum on the European Union. 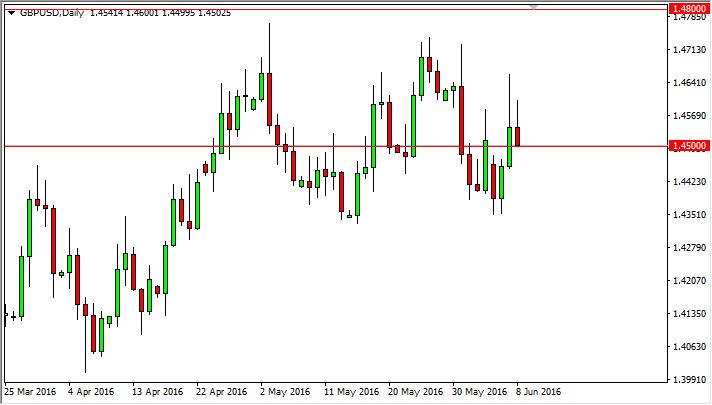