The USD/CAD pair initially tried to rally during the course of the session on Friday again, but just as we saw on Thursday, but ended up failing. A doubt appears of the 1.25 level is in fact going to be significant resistance, and the fact that we have formed a shooting star again for the Friday session tells us that the market will more than likely pullback. We believe that there is a significant amount of support at the 1.22 level though, so we think this is a short-term selling opportunity on a break below the bottom of the shooting star. 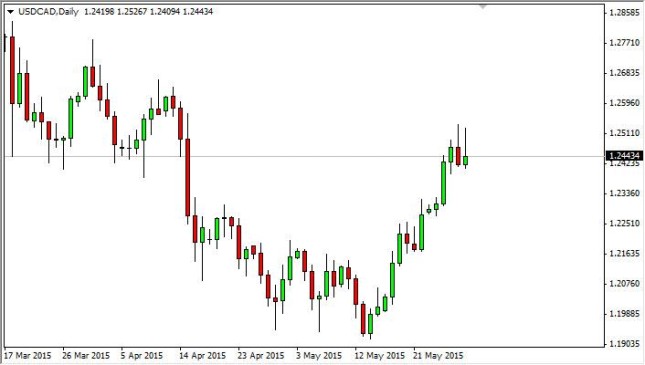