The USD/CAD pair broke down during the course of the session on Monday, testing the 1.21 level. However, we see the 1.20 level below as massively supportive, so having said that we don’t really have any interest in selling, and we believe that sooner or later we will find support near the 1.20 handle. If we get that, we think that a supportive candle could be used to enter the market yet again, as we believe that the USD/CAD pair would then head to the 1.23 level. Keep an eye on the oil markets, they of course are interesting and have a great amount of influence on the Canadian dollar in general.

It should be noted that the oil markets have fallen for the last 2 sessions, but they haven’t necessarily collapse. Quite frankly, we believe that eventually the oil markets will probably break out to the upside, and in general that will drive up demand for the Canadian dollar. This could cause this market to break down below the 1.20 handle, which could send it as low as the 1.15 handle next.

Keep in mind that the 1.30 level above was our longer-term target, and at this point in time still is. However, we recognize that a break down below the 1.20 level would in fact be a major shift in momentum. The 1.30 level above is resistive mainly because of the fact that the market found resistance there during the height of the financial crisis. That was always going to be a difficult level to break above, so we will have to wait to see whether or not he can do that. This is a market that has a lot of noise between here and there, so it’ll be very interesting to see how that plays out.

Ultimately, we believe that it will be volatile no matter what happens, and that the oil markets will be the same. With that, it’s very difficult to hang onto a trade for any real length of time, but we do recognize that there are important levels like the 1.20 handle that can be used as guideposts. 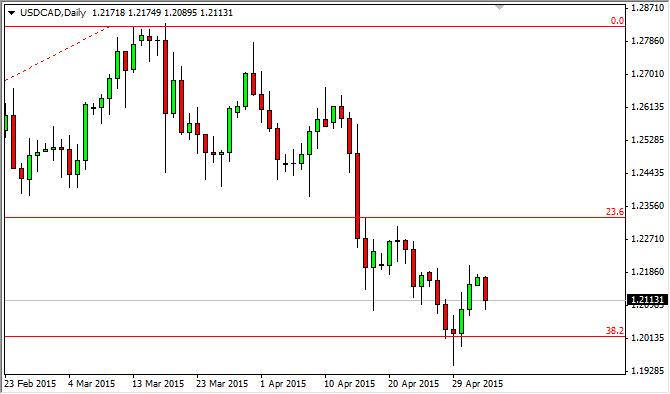