The USD/JPY pair has been one that we been following fairly closely over the last several months now. During the session on Wednesday, you can see that the market tried to fall, but found enough support in order to form a nice-looking hammer that is based off of the 102 level. The 102 level has been supportive in the past, and now that we have broken out above that level and have even retested it, we feel that this market will continue to go higher. With that, we are a buyer on a break above the top of the hammer for the Wednesday session, and as a result we think this market is offering a buying opportunity soon.

On a break out above, we think that the first level that we head to is the 103.50 level, and then possibly even higher than that in the short-term. In fact, we believe that the 105 level will be targeted eventually, given enough time. The Bank of Japan continues to try to work against the value the yen, and the fact that the central bank in the United States now looks as if it’s ready to continue tapering, that should drive up the value the US dollar in general.

Because of this, we have no interest in selling this market at all, as we do believe that it continues to go not only to the aforementioned 105 level, but the 110 level over the next several months. This market will more than likely have pullbacks from time to time, but at the end of the day we are still bullish overall and believe that short-term pullbacks to show the slightest scent of support are decent buying opportunities. We have been buying small positions over and over, gradually building a larger position as we continue to go higher and higher. In fact, we are short of the Japanese yen against several currencies, not just the US dollar. Some of the other markets offer a nice swap at the end of the day as well, but unfortunately this market doesn’t offer at the moment but should given enough time. 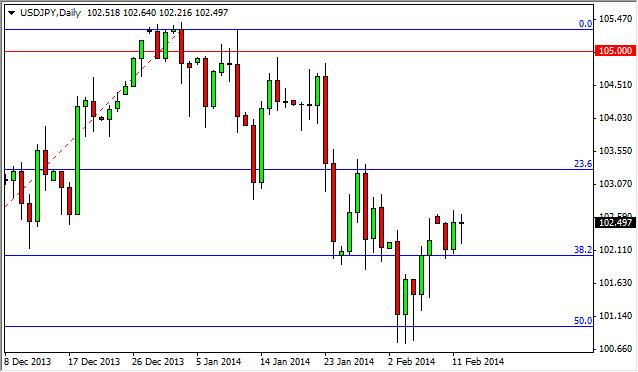