The AUD/USD pair broke higher during the session on Wednesday after first gapping lower. However, the 1.04 level is where we stopped, an area of significant resistance. Because of this, we are necessarily thinking that there is a meltdown coming, rather there could be a bit of consolidation in the immediate future. There is a ton of resistance above the 1.04 level, so we think it will take some kind a significant catalyst to push the Aussie dollar higher. With that being the case, we expect sideways action for the near-term. It does look bullish, so shorting isn’t necessarily recommended either. 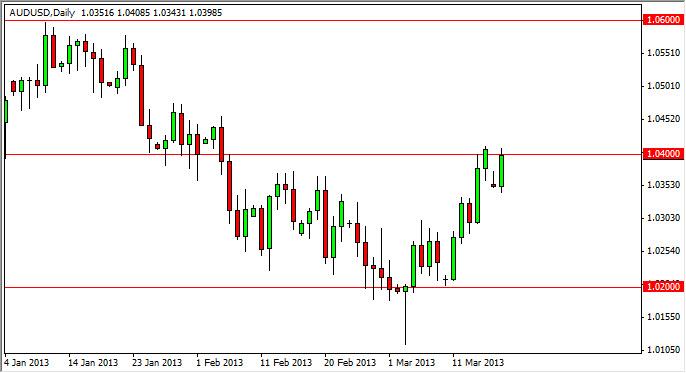