The USD/CAD pair fell from the 0.99 resistance level during the Thursday session as we continue to bounce around in this consolidation box. It appears that we have a bottom at the 0.98, and the top and 0.99. Until we get some type of resolution or panic about the so-called “fiscal cliff” in the United States, it is unlikely that this pair will move too far in one direction or the other. We think that a move lower is actually easier trade, and as a result that is what we would prefer to see. However, the markets will do what the markets will do, and we will simply have to follow. We don’t get bullish so until we break above the 0.9950 level, as it appears to be rather resistive. A break below the 0.98 handle on a daily close has a selling right away. 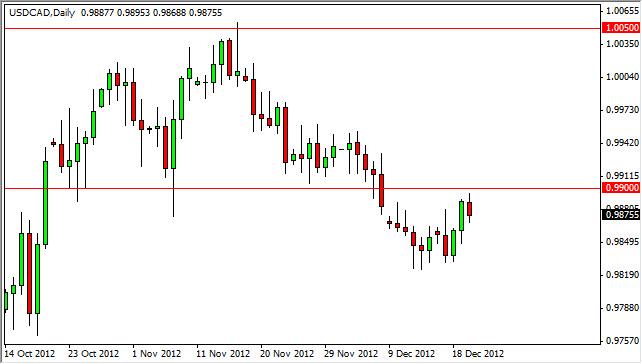