The USD/JPY pair fell during the session on Thursday, but remains above the 84 handle as it appeared to offer support. The area is one that we have been wanting for quite some time, and now that we have broken over it we cannot help but think that it should offer support and we could be winding up for a larger move higher. In fact, it looks like there is a clear shot to the 90 handle given enough time.

As for selling, we have no interest in doing so because we figure that if this market falls, there will be support to be found at the 82 handle as well. The Bank of Japan has suggested that it is willing to look into a higher inflation target, and that should facilitate extensive easing going forward. 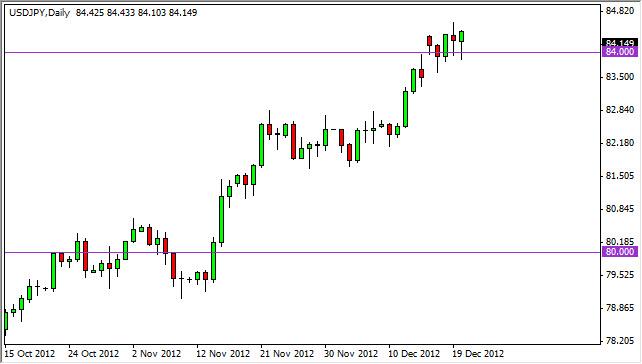