The aussie is still rallying and has just formed a continuation pattern which indicates a strong probability that it will rise further, with 1.0550 targeted first and then perhaps the most recent highs at 1.0610. The wave patterns back-up this assertion, showing that we may be in a final elliot-wave 5 of the formation which began at the June lows, and this would normally be expected to reach the wave 3 highs as a minimum expectation. 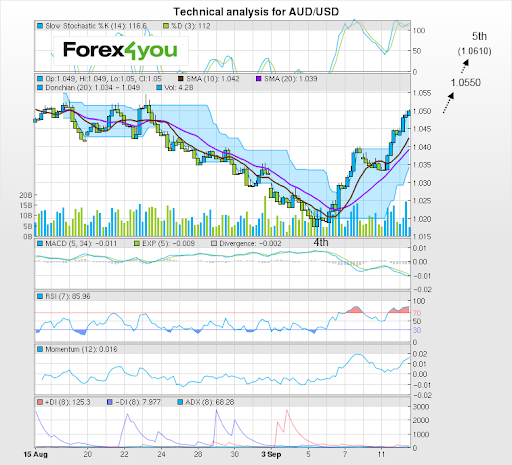