Eurodollar is currently recovering after yesterday’s spike lower. It has formed an ABC correction and reached the lower boundary of the consolidation zone which will probably resist and push the pair back down again. If it breaks below the 1.2165 lows that will probably re-establish the down-trend and target 1.2060. If it breaks back into the range, however, and moves above the key 1.2257 level then I see 1.2330 quickly reached, although further gains capped by a major trend-line. 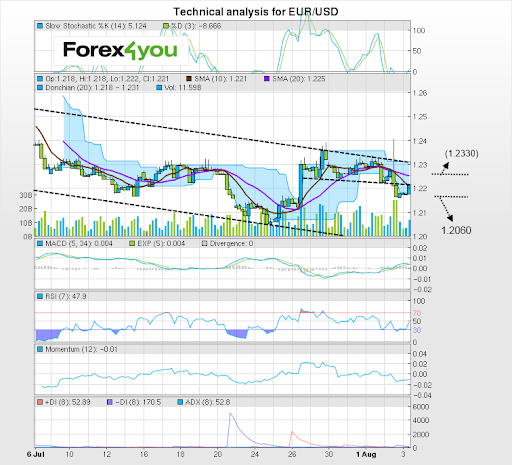