The cash investments of the accountable participants of the options and futures markets of the CME exchange on the Japanese yen Group increased by 3%.

The net margin of bulls increased by 2%. The total value of the buyers in cash equivalent amounted to $ 26 billion 370 million.

The number of locked positions of investors decreased by less than 1%. The ratio of cash investments in USD / JPY among SMART MONEY is as follows: 75% of buyers and 25% of sellers. 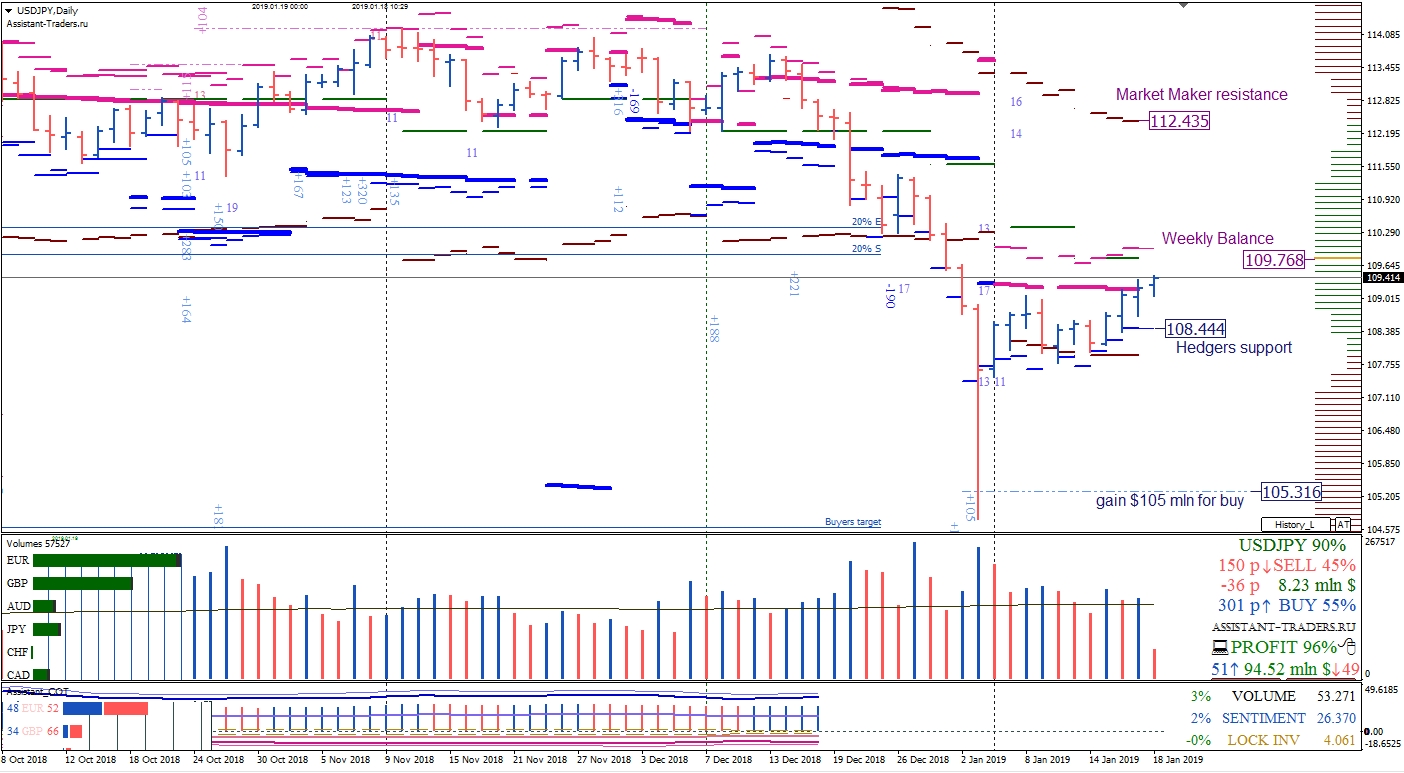 The market maker resistance level (112.43) is the next actual resistance. 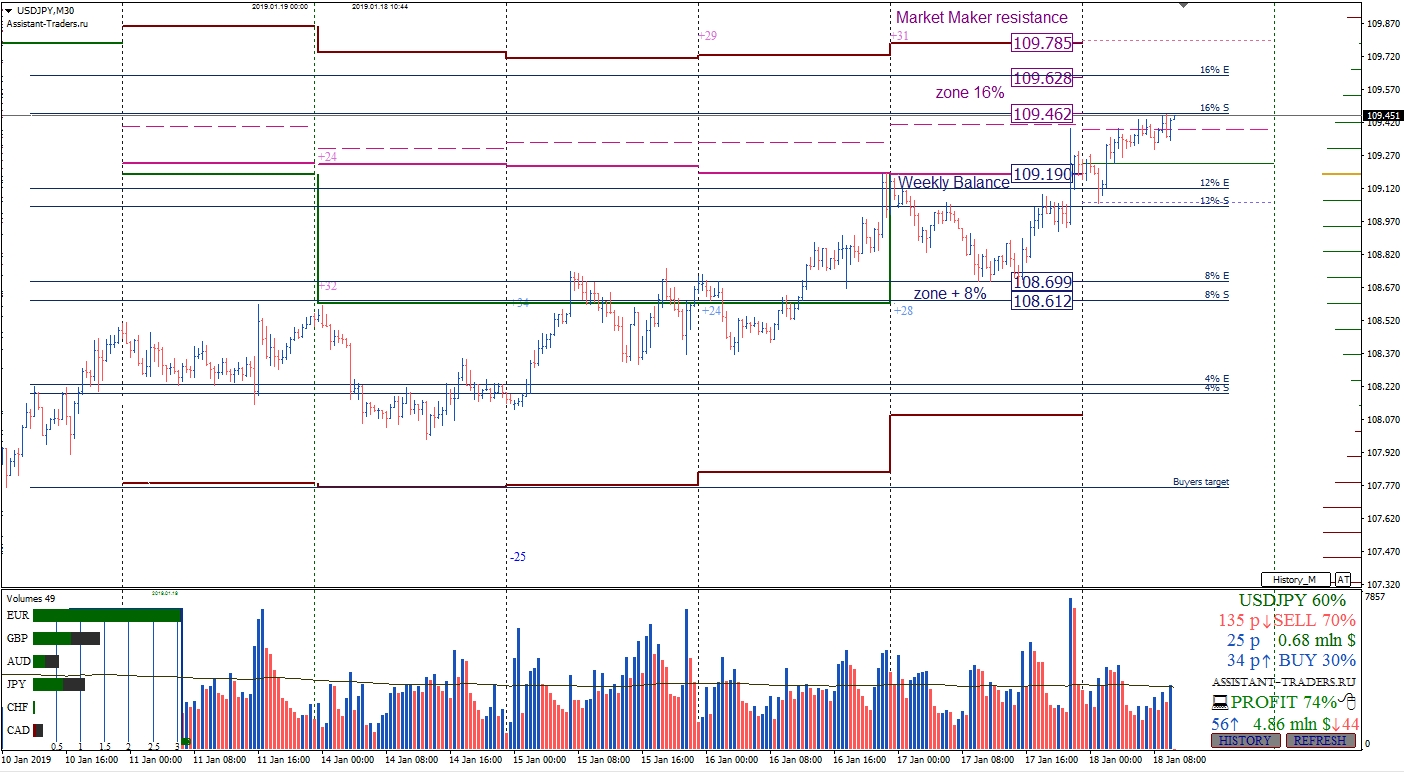 The key support level for Friday, January 18 is the weekly market maker balance (109.19).

The next resistance on the last working day of the current week is the weekly resistance level of the market maker (109.78).