Microsoft stock (NASDAQ: MSFT) is showing 3 swings from all time lows and approaching the equal legs area ( 75 – 96 ) where a correction can be seen, but the move from 2009 low could still extend further if it’s the 3rd wave of an impulsive 5 waves move that’s why it’s not recommended to sell it despite it’s reaching a multi-year extreme area. 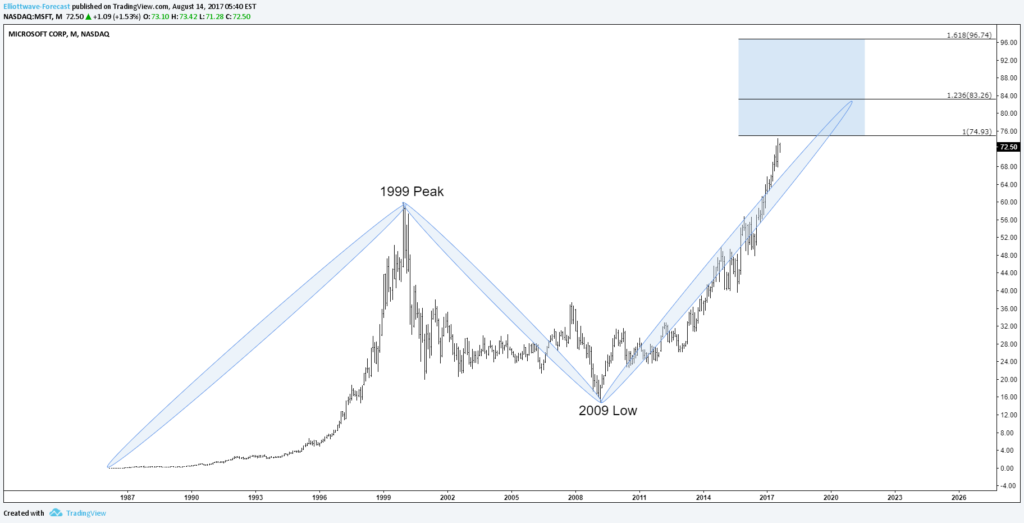 The cycle from 2009 low can be counted as an impulsive move with an extended 5th wave which still needs to end wave III then a pullback in IV before a final rally to end that cycle. This scenario is supporting more upside into the blue box area 74.92 – 83.23 and suggesting that pullbacks can still be bought in 3 , 7 or 11 swings. 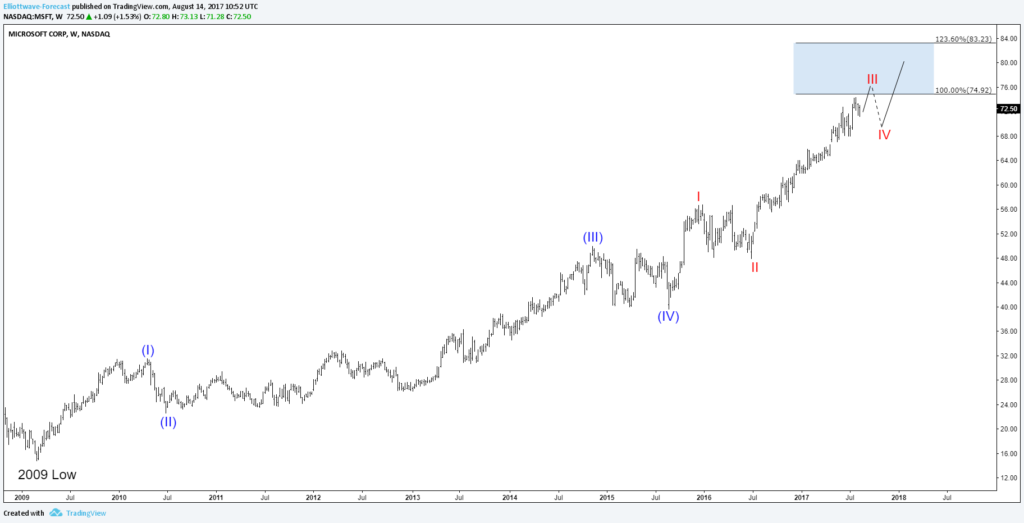 The second scenario is suggesting that MSFT is doing a double three 7 swings structure which also will be reaching equal legs area 74.92 – 83.23 and from there a pullback is expected to happen to correct that cycle. 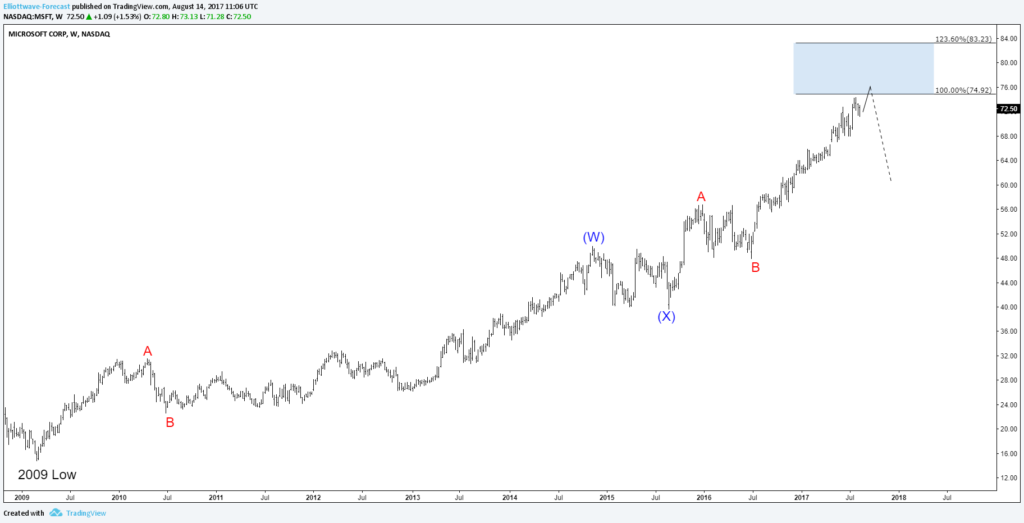 Consequently, both scenario presented above are indicating that Microsoft is reaching an important extreme area that could put pressure on the stock and produce a correction from there later on. Adding to that, we have Amazon stock and Nifty Index reached equal legs area from 2016 low which means that cycle is in bonus time if not already ended that’s why we need to be careful about chasing the long side in the stock market. 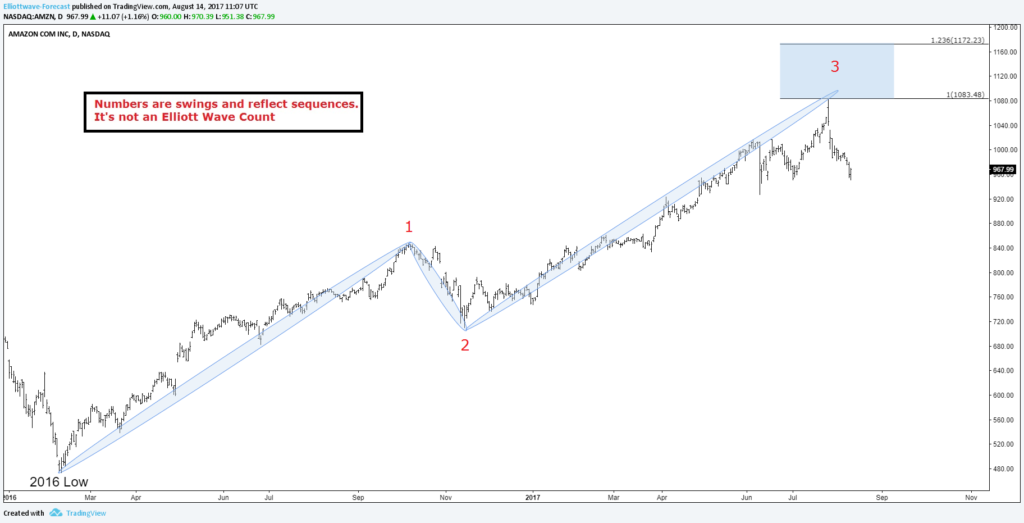 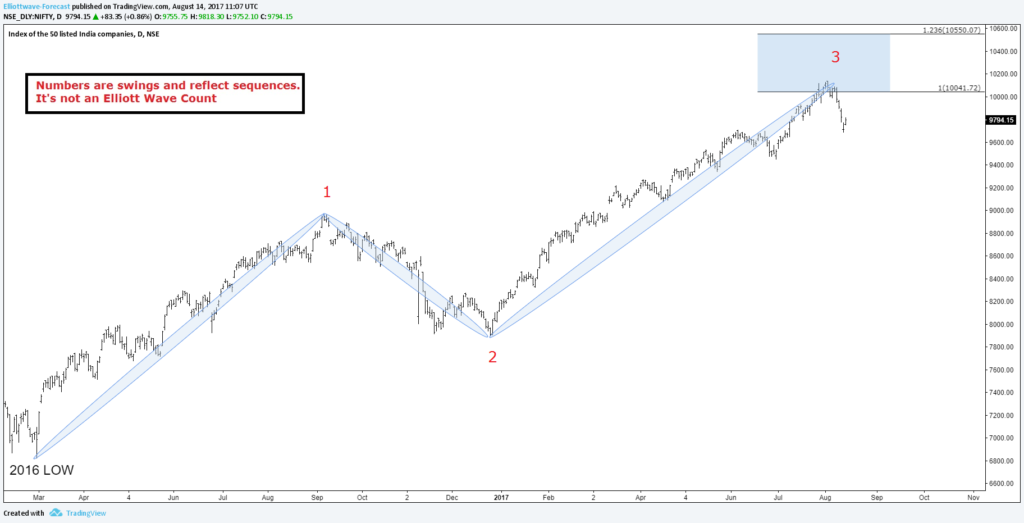 Microsoft is one of the strongest companies and it’s heavily correlated to Nasdaq which already reached a similar area, so if we combine both instrument then we notice that there could be a choppy time ahead for the technology sector which will be also reflected on the rest of the market