The GBP/USD pair initially tried to rally during the course of the day on Tuesday, but as you can see pullback The 1.40 level. That of course is a large, round, psychologically significant number, and an area where we had seen a bit of resistance previously. Because of this, it makes sense that we would struggle here, forming a shooting star. The shooting star tells me that the market is ready to continue going lower on a break below the bottom of the candle, as it is a classic technical analysis type of sell signal.

That being said, if you can break above the top of the shooting star, that’s a fairly positive sign. At that point in time though I do not think that the market will continue to go much higher than maybe the 1.43 level. Ultimately, this is a market that should continue to see quite a bit of bearish pressure due to the fact that we are concerned about whether or not the British will leave the European Union, and of course the US sellers up looks fairly healthy at the moment. We won’t necessarily see some type of massive break down, just a general grind lower. We believe that the market will probably target the 1.38 level next, and then eventually the 1.35 level. However, you have to keep in mind that the market has quite a bit of noise just below, so that of course means that we should have quite a bit of interest in both directions.

As far as buying is concerned, it will take a while for us to be comfortable doing so. We would like to see some type of supportive longer-term candle perhaps, or a break above the aforementioned 1.43 level which would be a significant shift in momentum and what has been a very bearish currency pair for some time now. With this, we still remain very bearish but recognize that wants there are levels been broken that would change the overall attitude of this pair, so have to keep our eyes open. 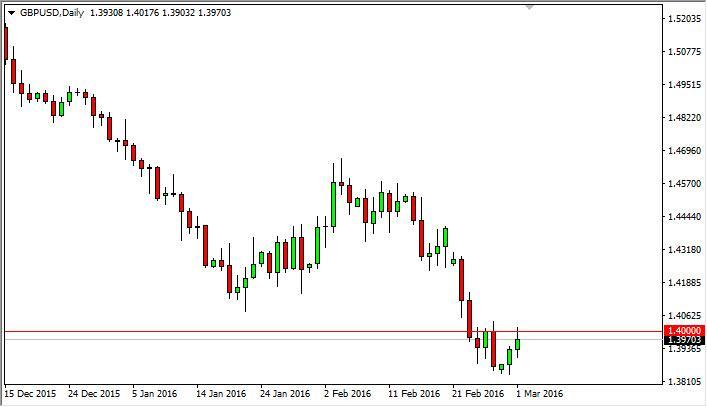