The USD/JPY pair fell initially during the session on Monday, but like most of the stock indices around the world, we found buyers towards the end of the day. The resulting candle is a hammer and it appears of the US dollar will be well supported against the Japanese yen as we had anticipated. Nonetheless, there is a significant amount of resistance at the 103 level, so getting above there will be paramount to bringing in more buyers. Buyers will find 104 level resistive, but the 105 level is the longer-term target. There is an uptrend line just below, and a significant amount of support near the 101.50 level. With that, we are bullish of the USD/JPY pair.

There are several factors when it comes in this pair that you have to be aware of. The first thing that comes to mind is the interest rate differential between the 2 countries. This particular currency pair it seems to focus on the 10 year notes, and will favor the higher interest rate as per usual. The interesting thing about that particular market is that the Bank of Japan is stepping in and buying 10 year JGB’s, or Japanese Government Bonds. The market pays very little in the way of interest, and as a result it tends to send money out of Japan thereby weakening the value of the Yen. Remember, the Japanese are heavily export lateness far as their economic conditions are concerned, and with a shrinking population a weakening currency is very desirable to the central bank in Tokyo.

On the RSI the Pacific we have the Federal Reserve which has recently cut back on quantitative easing. While this is and quite an interest rate hike, it is tantamount to monetary policy tightening, which of course does favor the US dollar. This particular pair tends to follow risk as well, with the Japanese yen considered to be a “safety currency.” Full disclosure, we are very bearish the Japanese yen in general, but not necessarily in this pair at the moment. The Turkish lira and the Norwegian krone have both offered nice trading opportunities against the Japanese yen, and we feel it is only a matter of time before the US dollar does the same. 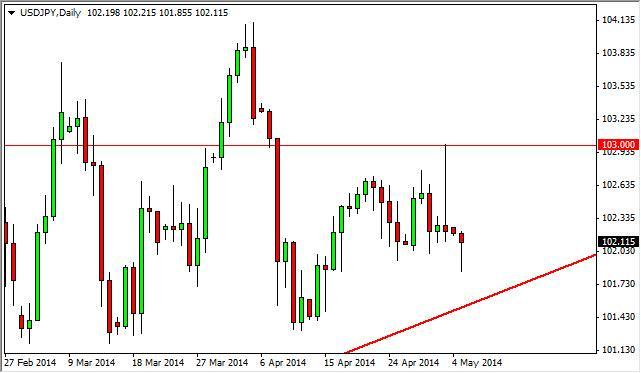