The USD/JPY pair fell initially during the opening hours of the Monday session, but as you can see bounced back above the 95 handle. The 95 handle is especially interesting in this pair, as Prime Minister Abe of Japan has suggested that he felt comfortable with the Yen in the 95 – 100 range. Because of this, we have to think that there will be a little bit of support in this area going forward, and that the 95 level could be thought of as the potential “floor” in this market.

The central bank of Japan will certainly be willing to step into this market if we break down to significantly, and we think that the 90 handle is a safe bet for that. If we managed to break down below the 90 handle, we think that the central bank would become aggressive in its stance, and send this pair straight back up. However, we think that jawboning the market between 95 and the 100 handle, is probably going to be enough to do it. Quite frankly, if you look at this chart you can see what the proper use of language can do. After all, the Japanese really haven’t done that much recently in order to push this pair higher. In fact, they are almost in the situation where they don’t have to do anything. Of course, given enough time we have to see the central bank “put up, or shut up” in order to continue the rally higher.

We still believe this is a multi-your trade, and that although there will certainly be some type of strong pullback from time to time, in the end this pair should continue much higher. It is because of this that we simply do not even consider shorting the market right now, and as a result are always looking for a bargain in this marketplace. Every time it dips, it has proven to be one over the last several months, and we think that will be the case going forward. With that being said, we do expect to see the 100 level hit some time over the next several months. 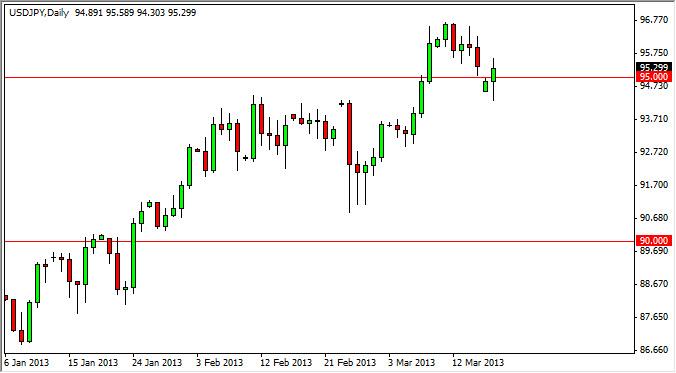