The USD/JPY pair shot straight up during the Friday session as the couple of hammers that had formed previously proved their worth. We did breakout though, as it was simply a return to the middle of consolidation, which of course is what we thought would happen. The 95 level above is still very resistive, and as such one has to wonder how much farther this market can go in the meantime. Because of this, we suspect that this market will be very sideways over the next several sessions, at least until we get the jobs number on Friday out of America. 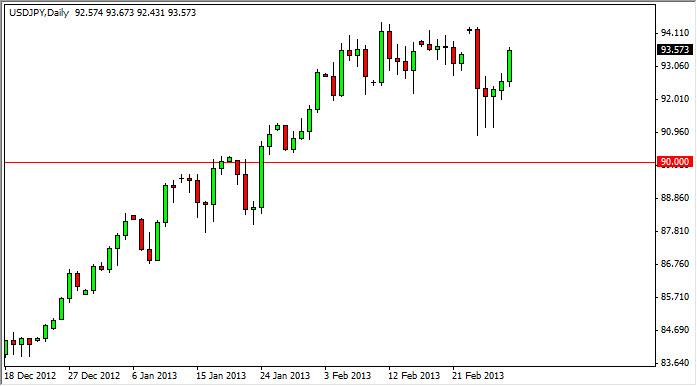