USDJPY continued its sideways movement in a trading range between 110.58 and 111.54. Resistance is at 111.54, as long as this level holds, the sideways movement could be treated as consolidation for the downtrend from 113.17 and further decline towards 109.00 area is possible after the consolidation. On the other side, a break of 111.54 resistance would indicate that the downside movement had completed at 110.58 already, then the following corrective bounce could take the price to 112.00 area. 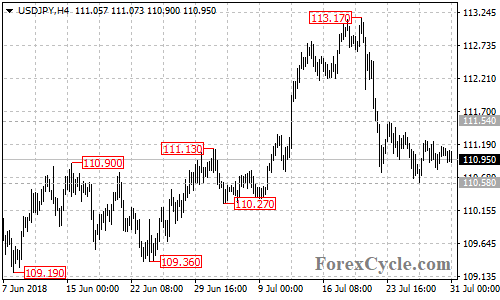