GBPUSD’s downside movement from 1.4144 extended to as low as 1.3856. Further decline is still possible after a minor consolidation and next target would be at 1.3764 support. Near term resistance is at 1.4020, a breakout of this level would indicate that the downside movement had completed at 1.3856 already, then further rise to test 1.4144 resistance could be seen. 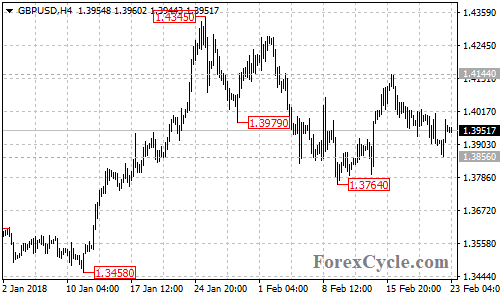