The GBP/USD pair initially tried to rally during the day on Tuesday, but found the 1.47 level to be very resistive. On top of that, we received word that the latest poll out of the United Kingdom suggests that Britain may very well find itself leaving the European Union. However, it would only take another poll suggesting the exact opposite for the British pound start strengthening. In other words, expect quite a bit of volatility until we get that vote. Ultimately, this is going to be a completely news driven pair at the moment, so expect a lot of trouble. 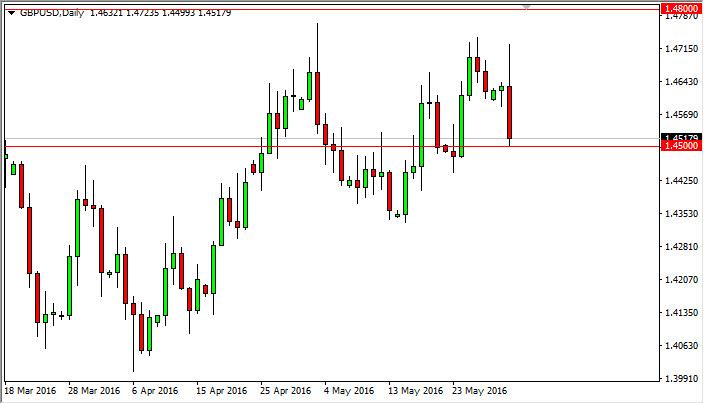