The USD/CAD pair broke higher during the day on Monday, using the 1.38 level as support. It looks as if the market is going to make another attack on the 1.40 level, which of course is going to offer psychological resistance. This is an area that could take several attempts to break through though, so we recognize that volatility could pick up. We think that eventually this market will break above there though, as the oil markets look extraordinarily soft, and of course the Canadian dollar is highly leveraged to those oil markets. On the other side of the equation we have the US dollar, which of course is one of the favored currencies right now. 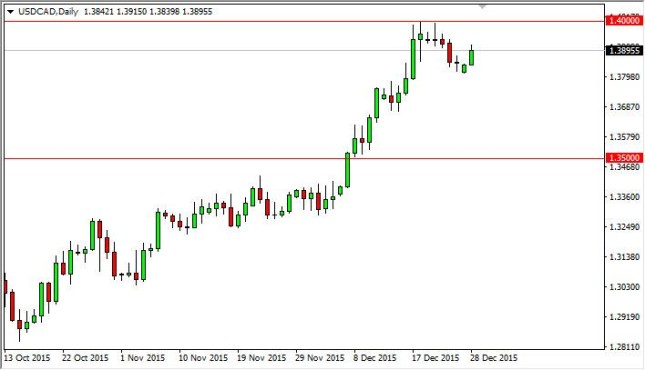