The USD/CAD pair initially fell during the day on Thursday, but found enough support near the 1.31 level to turn things back around and form a hammer. With that being the case, the market looks as if it could get ready to go higher finally, and with the Nonfarm Payroll Numbers coming out today that could be the catalyst. On top of that, we have Canadian Employment Numbers coming out as well, so expect a lot of volatility. Nonetheless, we think that there is more than enough support near the 1.31 level and of course the 1.30 level to keep this market afloat so we look at pullbacks as potential buying opportunities. We would also be buying if we can break above the 1.33 handle as well as it would represent continued momentum to the upside and strength. Also, keep an eye on oil markets as they highly influence what happens with the Canadian dollar itself.

A strong jobs number out of the United States and a soft one out of Canada would be the perfect storm to pushes market higher and continue the upward trend. After all, we broke above the 1.30 level recently, and that was a massive resistance barrier on the long-term charts. It was the area that that kept the market lower after the financial crisis, and the fact that we broke above there cannot be stressed enough as a sign of real strength. After all, the US dollar is a bit of a “safety currency, and that shows that oil is probably going to continue to struggle in general. That being said though, oil is showing signs of life so that could bring the angle of attack upwards lower. It could be a slowing down of the uptrend that we see but as long as we can stay above the red line at the 1.28 level, we’ll have any interest whatsoever in selling this market as we believe the support runs all the way down to at least that barrier. On a break out to the upside, we anticipate seeing the 1.35 level visited. 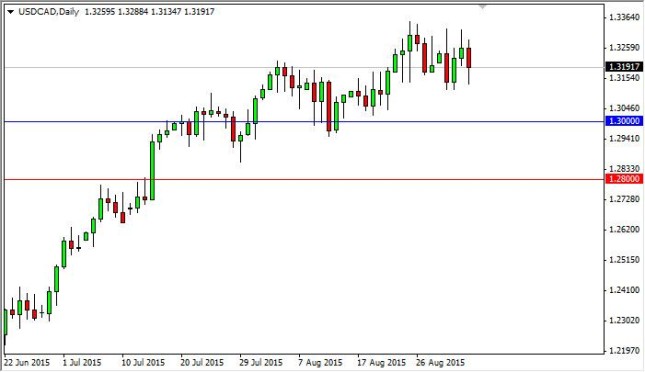