The EUR/USD pair tried to rally during the session on Thursday, mainly predicated upon the fact that the statement from the ECB failed to mention any type of immediate actions to quell the rise of the Euro. The 1.40 level has been rather resistive, and on top of that the European Central Bank has suggested that the 1.40 level is in fact a bit too rich for their liking. With that, we feel that the ECB will continue to jawbone this pair down, and this turnaround during the session was pretty significant. That being the case, we feel that more bearish this will come, but there is plenty of support between here and the 1.38 handle. Expect some type of bounce in the near-term, but that should end up being a nice selling opportunity.

We have no interest in buying and unless we form some type of massively supportive candle near the 1.38 handle, and quite frankly that really wouldn’t necessarily be that out of the question. This pair has been very choppy and even though it’s been in an uptrend for some time now, the truth is that every move has been rather choppy, but over the longer term the buyers have stepped in over and over.

If we get down below the 1.38 handle, it’s at that point time we feel that the markets going to down to the 1.37 level, but again, the move isn’t going to be smooth. In fact, we feel that any type of move is going to be very choppy and there’s almost no way to get involved in this market for any real length of time. It tends to be a short-term traders market, and that we don’t see anything in these charts that suggests that it’s going to change anytime soon.

A move above the 1.40 level seems to be very unlikely, at least during the rest of the summer in our opinion. If we get above there, the European Central Bank almost undoubtedly get involved. With that being the case, we anticipate a longer-term battle just above. 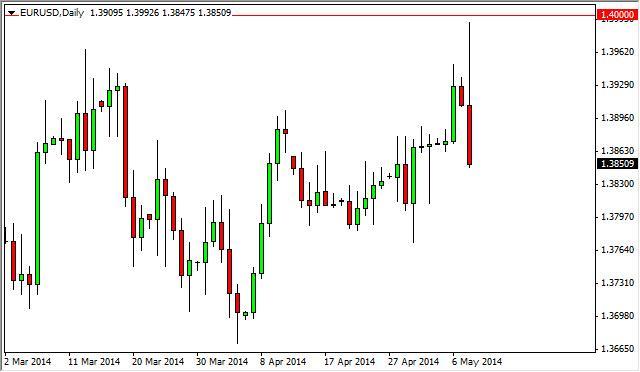