The AUD/USD pair had a strong showing on Friday as we managed to push up against the 1.06 resistance level again. This area will have to give way for the Aussie to continue to climb against the US dollar, but we do think this is coming sooner or later. In fact, a break above that level not only breaks the resistance barrier, but it also breaks the top of the shooting star from Wednesday which of course would be a bullish sign in and of itself. Because of the consolidation that we’ve seen lately, we think that the market will not only break above that area, but move to the 1.08 and 1.10 levels going forward. 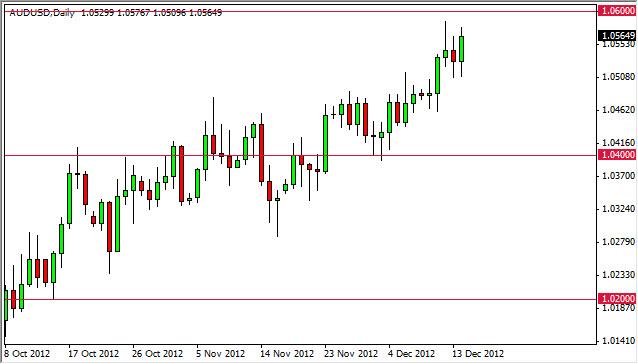