The USD/CAD pair fell during the session on Wednesday, but we still see significant support in the form of the 0.99 handle. This area continues act as support, and as such it’s difficult to make a trade beyond a scalp aiming for 10 or 20 pips. With this being the case, we have essentially avoided this pair, but we are paying attention to it.

This is the epitome of a currency pair that has two currencies that are highly intertwined. Because of this, the fiscal cliff talks in the United States will have a massive influence on this marketplace. In the meantime, we think that the market is tightening up to trade between the 0.99 and 0.9950 levels, and may not do much between now and the end of the year. However, those fiscal cliff talks could produce headlines force in this market to break out.

As for buying, we need to see a move above the 1.0050 level in order to become confident enough to do so. As for selling, we like selling below the 0.9875 handle on a daily close as we think this could lead us down to the 0.97 level. 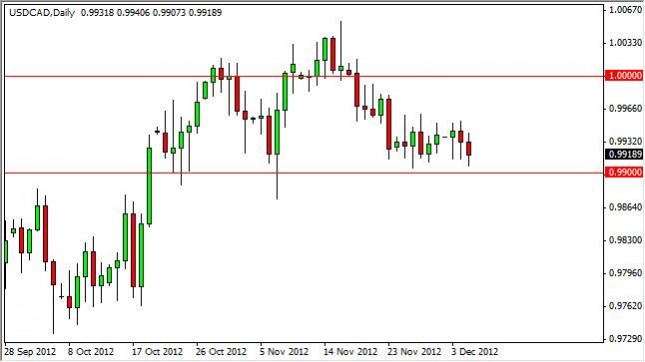